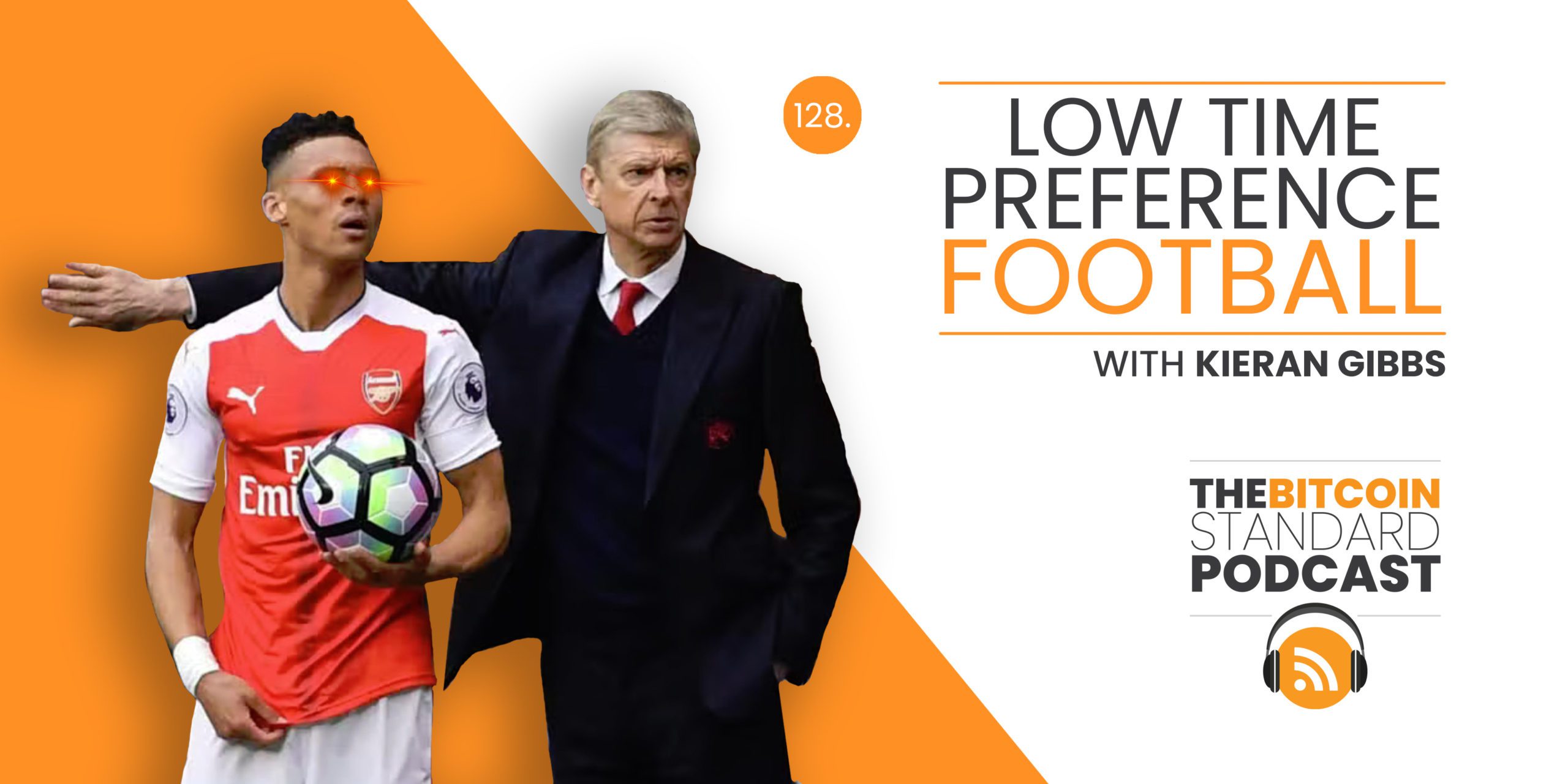 Former England international football player Kieran Gibbs joins us to discuss his bitcoin journey, football career, and thoughts on time preference. Find out how he was orange-pilled by team-mate Hal Robson Kanu, why he chose to receive 50% of his salary in bitcoin, how bitcoin has changed him and lowered his time preference, and how he introduces bitcoin to his athlete friends. Kieran also compares playing the low time preference football style of Arsenal’s Arsène Wenger with the high time preference style of Sam Allardyce at West Brom, and how Keynesian central banking is analogous to 8 year old playing football. We also compare the economics of the open pyramid structure of the Premier League with the US MLS franchise system. Kieran also discusses how he could integrate bitcoin into his planned football academy, reveals the best players he has played with and against, and provides predictions for the upcoming World Cup.

Enjoyed this episode? You can take part in podcast seminars, access Saifedean’s courses – including his ongoing course ECO22: The Fiat Standard – and read chapters of his forthcoming books by becoming a Saifedean.com member. Find out more here.