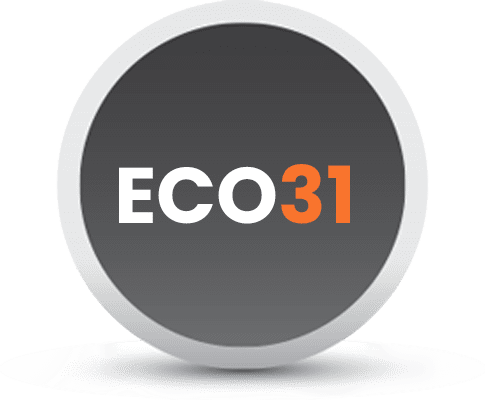 You can see the full course syllabus here.

This course is taught through ten lectures, lasting 1 hour each. This course is now available to all members of academy.saifedean.com, along with Saifedean’s three online courses, and access to the drafts of The Fiat Standard and Principles of Economics. Click below to subscribe, or make a one-time purchase allowing you access for a year.

You are also welcome to join two weekly discussion seminars to discuss the material of the course, as well as a wide variety of topics, along with occasional special guests.

This course is taught through ten lectures, lasting around 1 hour each, available in audio and video formats, as well as detailed class notes. Students are also welcome to join either of the two weekly live discussion seminars to discuss this material.

This course is now available only to members of academy.saifedean.com

In the second and third lectures, we discuss scenarios for how bitcoin can continue to grow as it is further monetized. If Bitcoin were to indeed become a global money, how would that come to be? This paper argues that bitcoin is unlikely to cause hyperinflationary collapse in credit money, because its continuous growth would likely reduce the creation of credit. This paper considers the possibility that bitcoin’s growth would be a more orderly technological upgrade that allows for the demonetization of debt and widescale reduction of indebtedness. The paper then discusses how bitcoin’s monetary properties make it likely to behave in various types of financial crises.

In the fourth and fifth lectures, we look at the topic of bitcoin mining, how it secures bitcoin, and how it affects energy markets. How does bitcoin mining work, and why does it have to consume so much energy? This paper explains how bitcoin’s difficulty adjustment prices out miners with high electricity costs, making mining bitcoin only reliably profitable at very low costs of electricity. Since Bitcoin can purchase electricity from anywhere in the world, this leads to bitcoin incentivizing the development of stranded & off-grid energy sources, likely leading to cheaper & more abundant energy production.

In the sixth lecture, we study the relationship between fiat money and fiat food. How has the move to an easy and centrally-planned money in the twentieth century affected the quality of food? This paper outlines several economic mechanisms through which a monetary standard could impact the economic decisions of food producers and consumers. The central planning of interest rates leads to a higher incentive for extensive industrial agriculture that generates short-term profits but depletes the soil in the long term. Government policies have also promoted the mass production of industrial foods which help fight price rises, but compromise food nutrient content and safety.

In the course’s seventh lecture, we take a look at the economics of killing bitcoin, and bitcoin’s chances for survival.  We first examine some of the common ways in which people imagine Bitcoin could be killed, and why they are not very likely: software bugs, government bans, and the failure of fees to generate enough security. I argue that these are unlikely to kill bitcoin because they do nothing to undermine the economic incentives that people have to use bitcoin. To successfully undermine bitcoin one needs to undermine the economic incentive that people have for using it, and two such scenarios are discussed: world governments improving their monetary & financial policies; or a hyperinflationary collapse of national currencies before bitcoin has acquired significant liquidity.

In the eighth and ninth lectures of this course, we turn our attention to the question of bitcoin and how it can help poor countries. Rather than a solution to small individual payments, Bitcoin’s real powerful contribution for the developing world lies in it offering a technical non-political solution to the problem of building a global monetary and financial system. Balance of payment problems and the pursuant financial crises and hyperinflations that have become a seemingly permanent fixture of many developing countries’ modern history are not unrelated to the use of sovereign national currencies as global reserve assets, and the political incentives fostered by the indulgent sovereign lending of financial institutions that face no real accountability or strict funding constraints.

In the final lecture of the course we expand on the concept of layered scaling which was briefly discussed in The Bitcoin Standard. The demand for bitcoin as a hard money is likely to far exceed its capacity for on-chain transactions, necessitating the development of second layer solutions. Custody and credit allocation are market services that have proven in demand through many monetary and financial system, and there is no reason to assume they will disappear in a bitcoin economy. The economics of second layers are discussed, with specific focus on the Lightning Network, and the factors shaping its growth and evolution. The risks of layered scaling are discussed.